Kingdom’s tenants soak up the sunshine at Summer Gathering

The sun was shining for Kingdom Housing Association’s fifth Summer Gathering at the Active Kids Adventure Park in Stanley in Perthshire.

Families with children eager to play and make the most of the brilliant weather arrived at the free event co-hosted with Perth & Kinross Council.

Representatives from Fairfield Housing Co-operative and other local agencies were also part of the unforgettable day and before lunch guests had the opportunity to discuss how they could participate and influence the decisions that their landlord makes.

Guests also received useful information from local exhibitors and heard an update on Kingdom’s participatory budgeting scheme “Choices” which gives customers the choice of how to spend money from a dedicated fund to support ideas that can improve their own lives and communities. 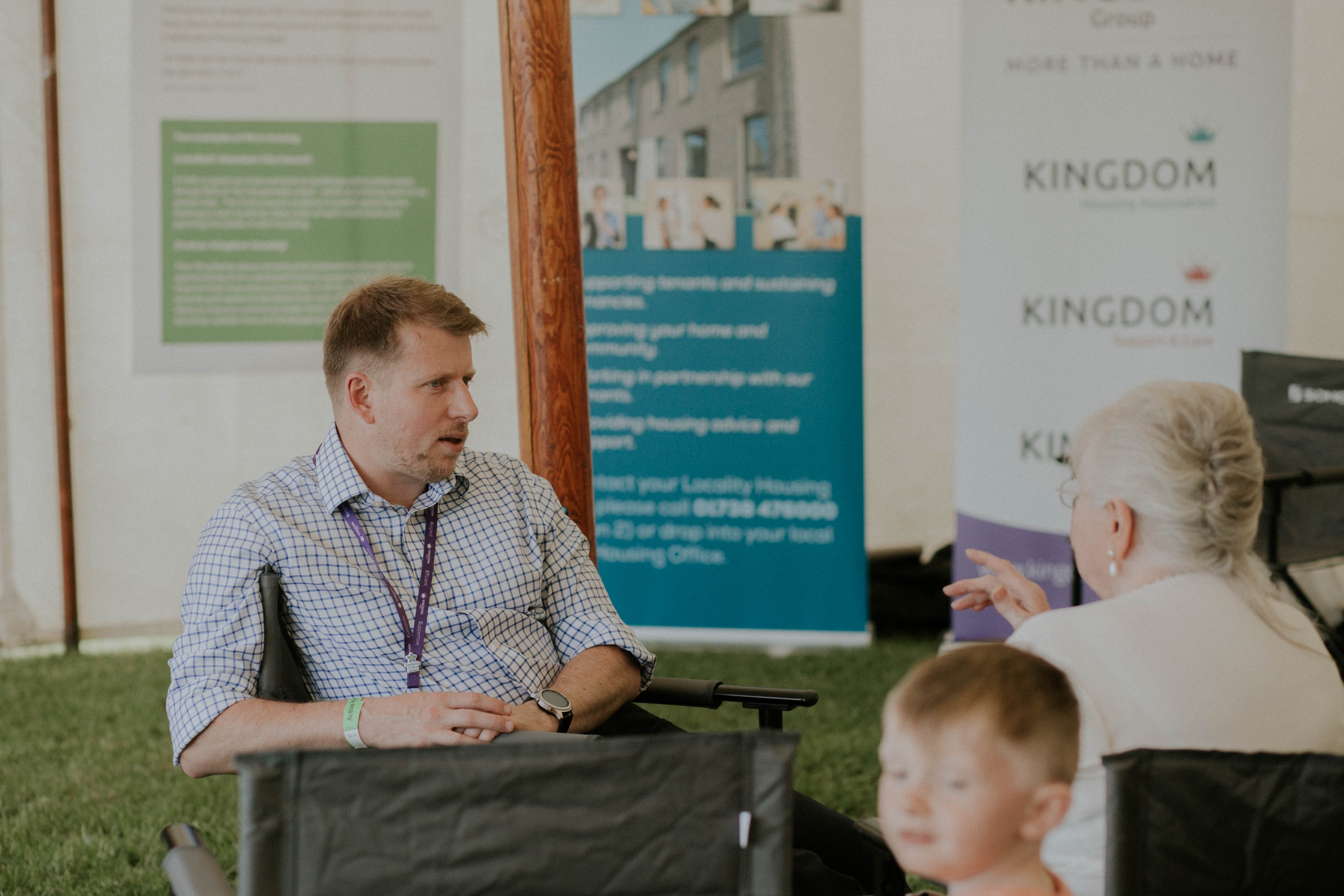 After lunch, there was an optional trip for guests to visit nearby Stanley Mills to take in some culture if they didn’t want to jump on the trampolines in the sunshine! The historic mills used the power of the River Tay for over two centuries to produce textiles. Continuing the weaving theme, Max Scotto, Kingdom’s tenant participation officer, led an interesting workshop designing a new tartan to commemorate the 40th anniversary of Kingdom Housing Association.

The children, in particular, loved learning how tartan is made and got a chance to put pen to paper to create their own design for the Kingdom Housing Tartan. Purple and grey were popular colours with touches of green, blue and red too. 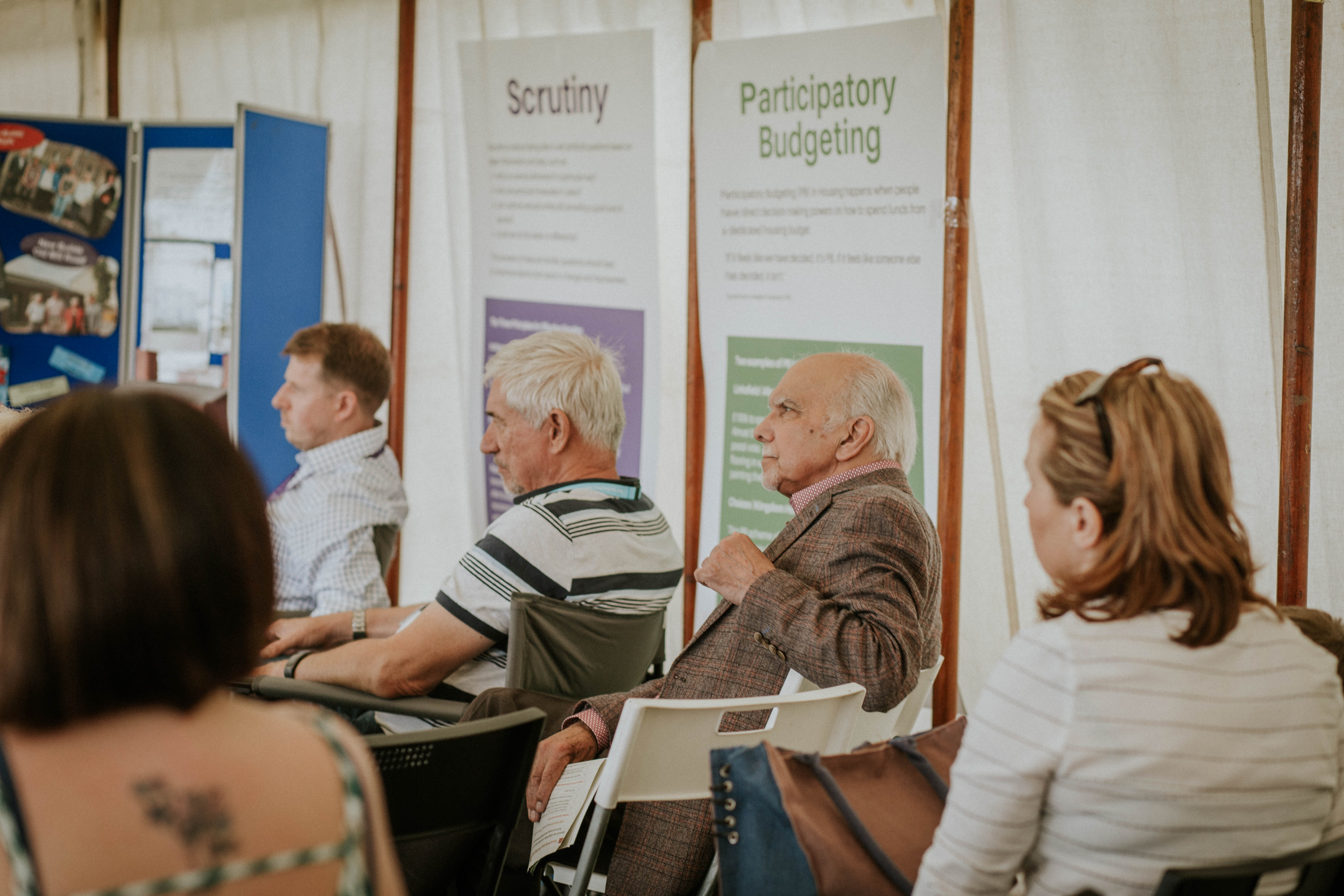 The tartan design is not finished yet and people will be able to take part in this exciting project in the months to come ahead of a public vote at the end of the year to choose and officially register “The Kingdom Housing Tartan”.

George Duncan, a scrutiny panel member from Denbeath, said: “The Gathering this year was amazing. It was very well organised, relaxed and interesting. It was good to meet with people from other areas and to have activities for all age groups.”

Stephanie Watson, a Kingdom tenant from Cairneyhill, also attended the event and added: “My daughter and I had a great day and we will be back on the next one. We enjoyed looking at colours and designs for the Kingdom Tartan too.”