Residents of Tarvit Woodland Park in Cupar have received a substantial boost to their campaign to restore a local children’s play park with a £15,000 donation from the Kingdom Group. 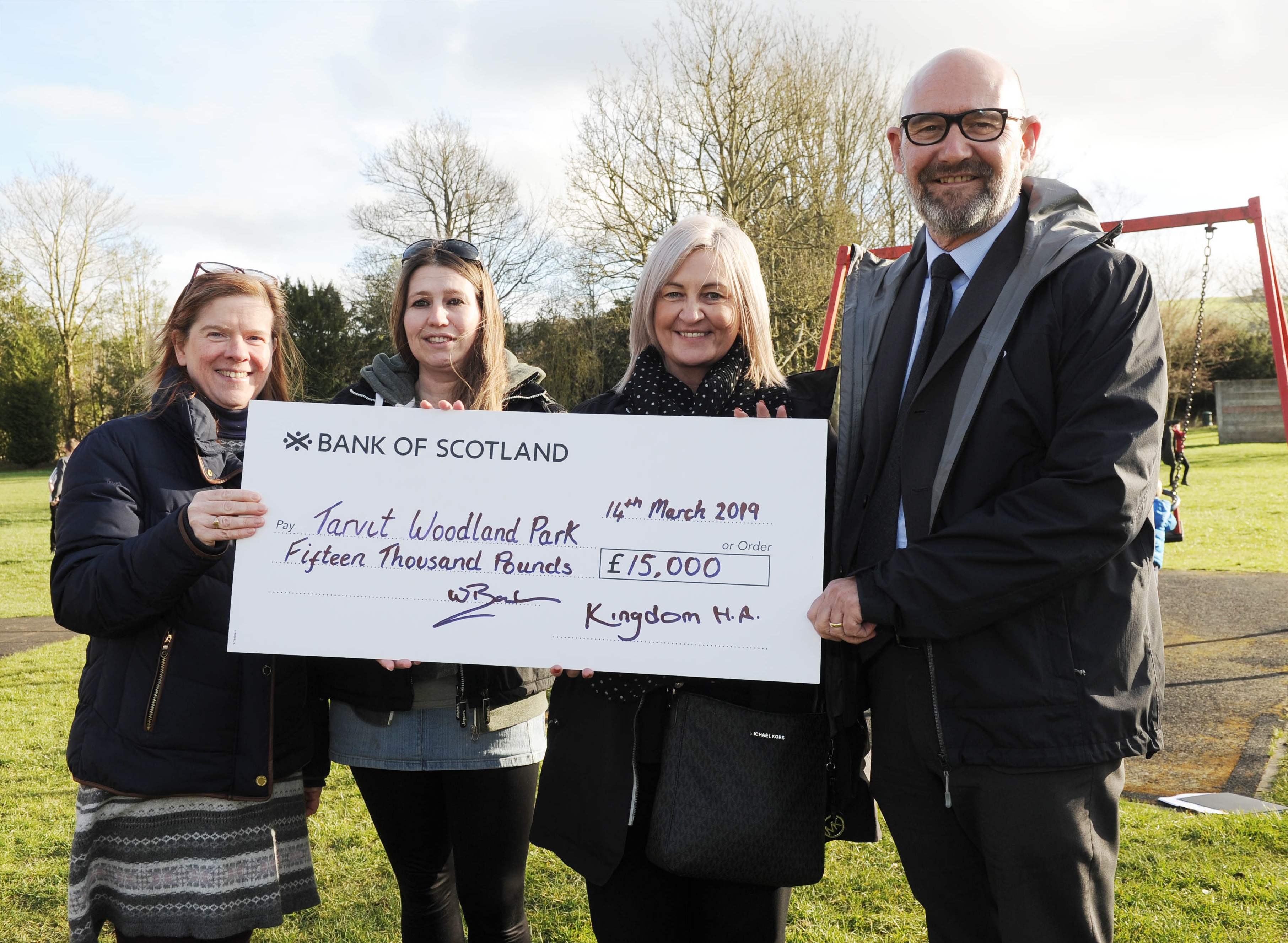 He said: “It was great to see a fantastic turnout at the park, from residents of all ages. This demonstrates the strength of commitment from the residents to deliver a community led project.”

Bill added: “At Kingdom we try to promote community benefits and we are delighted to be able to help support the local residents with their fundraising. Given the commitment of so many local people, I’m confident they will successfully raise the required amount.”

Mairi Lumsden, chair of Tarvit Woodland Park Residents Committee, said: “The parents and children of Tarvit Woodland Park, Cupar, are extremely grateful to Kingdom housing for contributing so generously to the play area of this much-loved local hub and would like to invite everyone interested in this exciting community project to see the plans at our Open Days and fund raising events.”

The local authority have helped the group draw up plans for a new park and provided some replacement swings and hope to allocate £15,000 from this year’s budget to help restore the wider restoration and upgrade of the park.

Kingdom learned of the residents’ concerns for the play park while completing a nearby development of 49 new social rented homes.

In August 2018 several concerned residents feared the local park was being run down and would eventually be abandoned. Due to health and safety concerns, and the equipment being in disrepair, a swing was removed last year and earlier this month the climbing frame was dismantled.

As a result, a residents group was formed to raise funding to restore and develop the park. The group are aiming to raise over £110,000 for the proposed development work and Kingdom have provided the group with £15,000 to support the fund raising

The community’s plans for the park can be viewed at their Open Day and Coffee morning on Sunday 24th March 10.30am–2pm in the function rooms of Steven Stewart, Funeral Director, Provost Wynd, Cupar.