Fife-based Kingdom Housing Association rounded off a year of 40th anniversary celebrations by delivering some festive cheer across the Central Belt.

Kingdom also contributed toys in addition to those collected by staff and visitors at Kingdom’s head office in Glenrothes which were given to the Cottage Family Centre in Kirkcaldy for its annual Christmas Toy Appeal.

The Cottage Family Centre was established in 1987 and provides a range of support to families and individuals within family units who are vulnerable to social exclusion as a result of factors such as poverty, unemployment, poor housing, relationship breakdown, drug and alcohol problems and health-related issues.

The Muirhead Outreach Project, a Glenrothes-based charity working with families in Glenrothes and Levenmouth, also received funding for 35 ‘Christmas Eve Boxes’ from Kingdom’s Community Initiatives Fund, a Christmas donation was made to James Bank Hostel in Dunfermline and support was given to The Simon Community Scotland, working to resolve homelessness in Glasgow, Edinburgh and across Central Scotland. 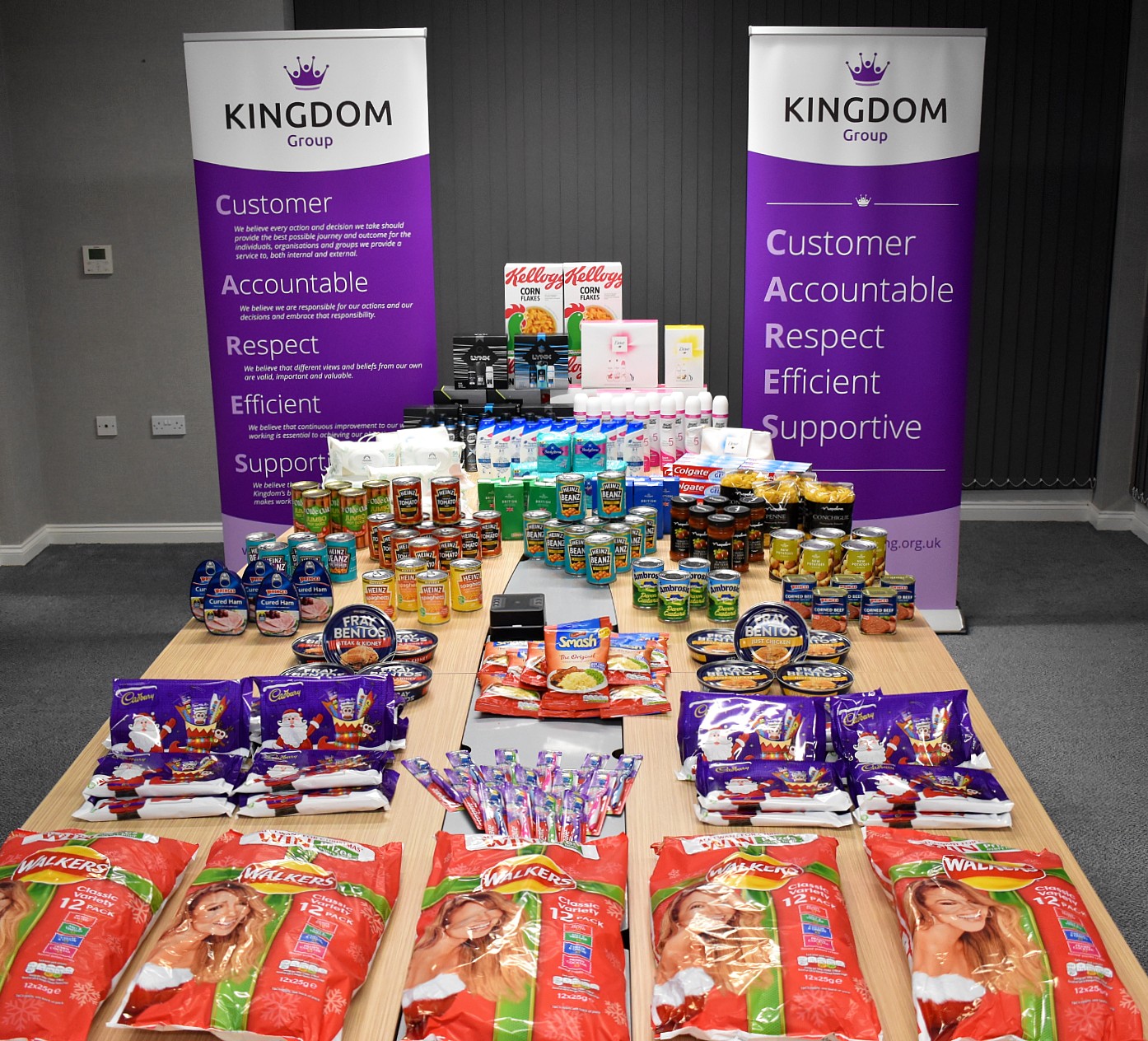 Bill Banks, Kingdom group chief executive, said: “At Kingdom our mission is to provide ‘More Than A Home’. We’re acutely aware that many individuals and families face additional challenges at this time of year and we’re proud to be able to support so many partner organisations who work hard to make the festive season special.”

He added: “2019 has been a year packed full of celebrations for Kingdom’s 40th anniversary and I’m delighted that the generosity and fundraising efforts of our hardworking staff together with Kingdom’s Community Initiative Fund will allow people across the Central Belt to celebrate at Christmas too.”